It really will fly - believe it or not 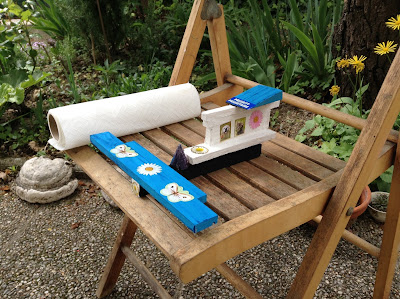 To fly to Dreamland


Readers might like to visit Yamaguchi Seishi's haiku published today on my haiku universe link (see links column or comments).

I wish I'd written it.

More than a work of art.

The photo is mine and has nothing to do with the haiku except to say we don't know what lies ahead. 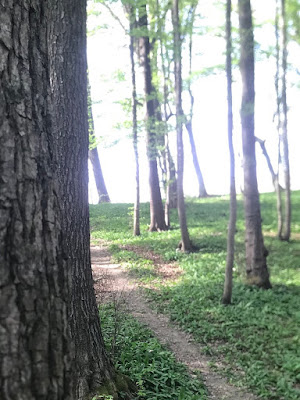 Not my Cat. It just thinks it is.


Seems to enjoy my company when I'm sitting outside and often it watches me or goes to sleep.

Very occasionally it tries to sneak past me to get into the house. I don't allow cats in the house. It knows that. But still it likes to have a try.

Perhaps it's a game we play.

A red cat called Tommy used to come by. But sadly one day it was killed by a car as it was crossing the road. The car didn't stop.

A local doctor went to the aid of Tommy but it died in his arms.

He buried Tommy in his garden. I was allowed to see Tommy in his box in the doctor's kitchen before he was buried.

I don't know the name of this cat.  I don't suppose it matters since it has never asked me for my name.

It seems to be listening to small birds in the hedge.

It was was watching me working until I approached to take the photo.  Of course being a cat it then looked away. Haughtily, almost.

But me being me I nevertheless took the photo. 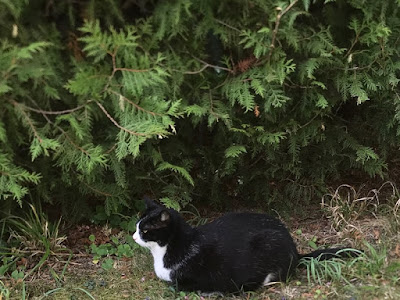