An area the size of Belgium

Euronews is reporting that the Russian army is fighting Siberian wildfires covering an area nearly the size of Belgium.

I must apologize for my ignorance.  I've no idea how 'big' or 'small' the size of Belgium is.

Is it bigger than the Isle of Wight?

According to my device tiny Belgium is, in UK terms,  50% bigger than Wales.

It's been a while.

What about long German words?  Could be interesting.

On second thoughts, maybe not.

To swim or not to swim? That is the question.


In the summer I sometimes enjoy a swim in this river.  I think perhaps not today. 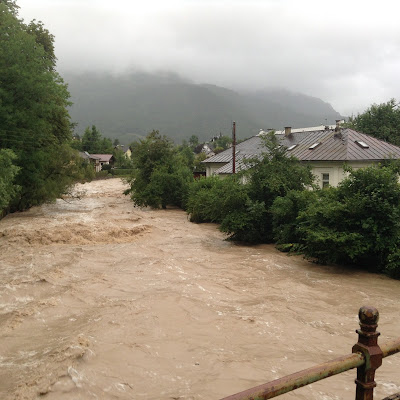 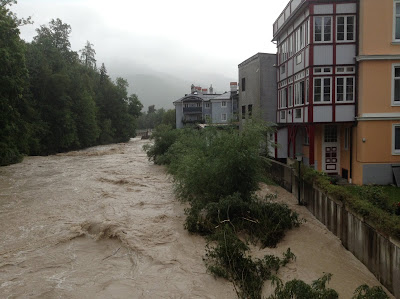 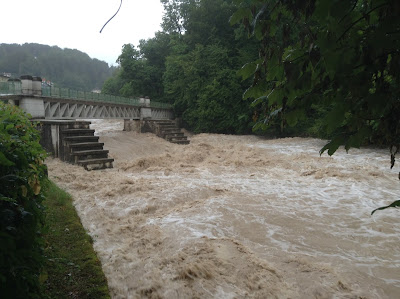 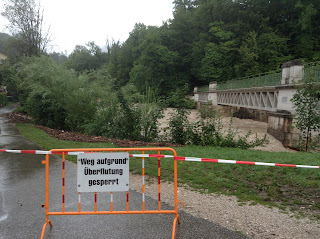 News Briefs from around the World

USA: Larry Ely Murillo-Moncada disappeared in 2009. His body has now been located. Larry was found behind a freezer in a supermarket in Iowa where he used to work.

USA: Arabella, Ivanka Trump's daughter, has a new dog. The dog is white. Too white for some. This is racism complain left-wing Democrats. Owners of white dogs are Nazis.

Germany:  Kindergarten schools  in Leipzig that removed jelly bears (gelatin containing pork)  and bratwurst (pork sausages) from the menu in consideration of Muslim children are now to reinstate the popular snacks following a 'hailstorm of criticism'.The situation will be reviewed in autumn.

Germany: An air travel survey has revealed that 46 % of Green Party voters have flown at least once in the last 12 months. This is the highest of the five main parties. The lowest is the right wing party AfD which recorded 26%.

Sport: Russian boxer Maxim Dadaschew was punched 260 times on the head in his last fight. He is now in an induced coma in hospital.

Belgium: Prince Laurent of Belgium remained seated and chatting on his mobile phone during the playing of the national anthem at the Belgian National Day parade. A tired looking Princess Claire remained seated too.

Heatwave: A firework show at an open air opera  attended by 6,000 including politicians and prominent persons is believed to be the cause of a large blaze on an island in the reed beds surrounding a lake on the Austrian/Hungarian border. It was 6 am before the blaze was finally extinguished.

Mick Jagger:  The Burnt Orange Heresy. That's the title of the new film starring the pop icon and actor Donald Sutherland. Premier is at the Venice Film Festival in September.

Lagerfeld's Cat: # where is Choupette? The cat has 300,000 fans on Instagram. A campaign has been started in an attempt to discover the feline's whereabouts.

Another Record Breaking Heatwave on the Way 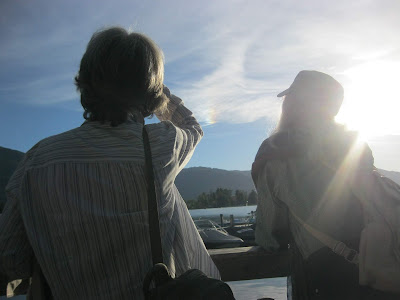 When I go on holiday I can no longer put my car on the train as I have done for the past two decades.

This is because of the new tunnels.

To tell the truth I didn't even know about the new tunnels until I went to the railway station to book my ticket.

I think it's so the trains can go faster. In today's world speed is of the essence.

My car can longer go on the car carrier top deck because if it did it would be too high to go through the tunnels on the train the lady at the station told me after looking on the screen of her computer.

The roads hereabouts are more often than not 'clogged' with traffic. That's the only word.

I kept my previous Renault car which was the same height as my new one for fourteen years before buying the new one. Nobody told me I was buying a car that couldn't go on a train. Well, they wouldn't would they?

But at least in this latest heatwave which begins today I can buy ice-cream 'made in Portugal' in Vienna.

A refrigerated vehicle made the 2,882 km journey from Lisbon to Vienna with it's milky cargo. Just one vehicle in a whole avalanche of heavy good vehicles enjoying the clogged freedom of the new autobahns and motorways of Europe.

Often there are road works and accidents. And then the new motorways are even more clogged than usual.

What are these vehicles carrying that they must make long and arduous journeys of thousands of kilometers constantly criss-crossing Europe in all directions six days a week?

We hear of their loads only when they have accidents and the contents spill onto the roads.

Live animals, especially pigs and piglets, are often the victims.

Famously, not long ago a particularly large and heavy lorry flipped over going round a corner only 1,283 kilometers into it's long journey to the far west.

The lorry was from Rumania but its load may have originated in Turkey.

Out spilled the invaluable cargo . . . thousands upon thousands of . . .


Stay safe and keep cool in the heatwave!  And don't be caught short. 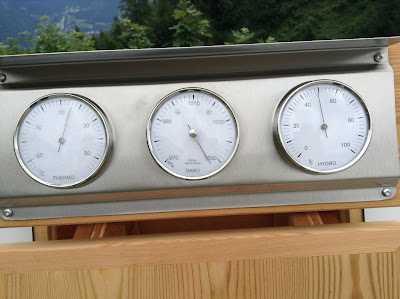 Two or three days ago I photographed these clocks which are situated at 1,500 meters above sea level. The middle dial is a barometer. As you can see  (hopefully) the needle is showing high pressure. In fact it's so high it's off the chart. In the evening I suddenly had a nose bleed for no apparent reason. I wondered about climate change. The recent storms in Greece and Italy.

Cro's blog today is about thunderstorms promising rain but failing to deliver. I've noticed this type of thunderstorm in Central Europe too. I think they are becoming more common.


Question: When is a ship not a ship?

Answer: When it's mentioned in a BBC News headline.


The BBC's  'news' photograph shows Alex, an overcrowded yacht, recently docked in a port in Italy.

The BBC's own report refers to the 'ship' as a boat.

'Fake News Headline'  for preprogrammed people with short attention span I think we can safely say.