So they want Northern Ireland as part of the Brexit divorce settlement.

A card from up the sleeve.

A Frenchman produces it.

The nerve of it.

Per essempio:  It's only a short time since the EUSSR's biggest player, the principal mover and shaker, was bombing the place. The danger was thwarted.

Growing in confidence they and their new friends think the land is theirs to have.

If you give an inch they'll take a mile.

And before you know it they'll be after Gibraltrar.

And after that the Channel Islands?

Don't they have enough with 5 or 6 Balkan countries, including Serbia, joining up in 7 years time?

And in the long game I expect they'd like the Ukraine.

And after that Moldavia and Georgia.

They want Turkey too.

In Turkey they want to build an EUSSR armaments factory.

Turkey is blockading an Eni drilling platform in the territorial water belonging to Cyprus.

Cyprus has great wealth under the sea.

Turkey is in illegal occupation of half of Cyprus.

A razor wire fence. A no go zone. Mines. Radar. I've been there and seen it.

A centimeter is a kilometer.

Back in the EUSSR?


A story made headlines a few days ago.

The story was a mirage.


Out of sight is out of mind.


The report claimed the workers were being paid the handsome sum of 15 euros (more than 13    pounds!).

Per month that is.

Nice work if you can get it.

An incredible 180 euros for a year's work!

The price of a nice frock!

The newspaper headline carried the logos of H & M, and C & A.

The more things change, the more they stay the same.

Luke and Dolly down at The Old Brigade Inn

The EU's financial minister Angela Merkel is threatening Poland and other countries with a turn of the financial screw if they don't toe her line.


Time:    Opening Time
Where:  The Old Brigade Inn
Who:     Luke Dover and Dolly MacSheep are seated at a corner table.

Luke:   That was a joke, Dolly.  Actually you're half right though. It is a German.

Dolly:   I like Chinese. You can't beat a good wok I always say.

Luke:   I'd only be guessing. But note this, he doesn't like some EU countries.

Luke:   They can't do their books. He told them to fly their flags at half-mast.

Dolly:  That's a strange thing to say. Look, here's an odd article in the paper.

Luke:   That's because better-off members have to pay more to be in.

Dolly:   But Luxembourg made a EU profit. Got more back than they paid in.

Luke:    Did you know Luxembourg is the EU's richest country by a mile?

Luke:    Don't worry. Most people don't get it either.

Dolly:   And another thing.  Why is the flag blue?


Winter will soon be back.

From Siberia this time.
From Russia with love.

Measure yourself by your own standards, not by someone else's.

People who don't like cats were probably mice in an earlier life. 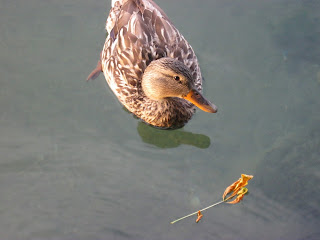 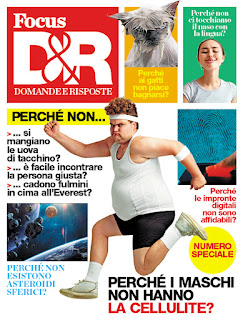 Teaching methods  were such, that I had difficulty in keeping myself awake in the classroom during my later schooldays.

I'd fall into reverie only to be suddenly brought back to reality by a red faced pedagog slamming down a desk lid or slapping the back of my head.

Unable to face the role they themselves played in my lack of interest they often wrote on my school reports something akin to: He is always daydreaming in class. He must learn to pay attention.

The problem was I was bored.

Traditional teaching methods made me despair. I decided to teach myself and often spent hours in the public library where I accumulated dangerous knowledge and  presented challenges to my teachers; my discovery that theVikings were in America long before Columbus for example.

You can imagine they didn't know what to make of me. They often resorted to the cane. Why doesn't he shut up and get on learning these important dates and this useless information we are feeding him, they probably thought.

This morning from Focus I translated a scientific article on how to store tomatoes correctly.

The last time I was in a school was as a volunteer English teacher. It was bedlam. Children, who hadn't had breakfast, shared crisps in the classroom - and often during the lessons!  During the break period games of football went on in the corridors.  And sometimes went on up and down the stairs.

When I questioned a member of staff.  The reply was: The school field is too muddy!

If they don't go outside and burn off some energy I'm going home and not coming back,  I said.

They went outside.  A playtime outside was a thing most of them had never or only rarely experienced.

I couldn't believe the joy in their faces.

There's a lot more to education and school life than sitting in a class and taking it in like a sponge.
Posted by Gwil W at 02:19:00 20 comments:

Hats off to Cro, Pita, Eddie, Monty and Co.

Aside from the Monty Python team and Cro's hat who or what should we celebrate?

When I see the Winter Olympics I think of Eddie the Eagle the British team's short-sighted ski-jumper.

Another unlikely hero has now appeared on the scene - Pita Taufatofua is  a cross-country skier from Tonga.

I've tried the sport and it's harder than it looks.

Respect to the man, whose country was hit by a devasting cyclone a few days ago.

May it go well for all Tongans.

My Monument to America's Children 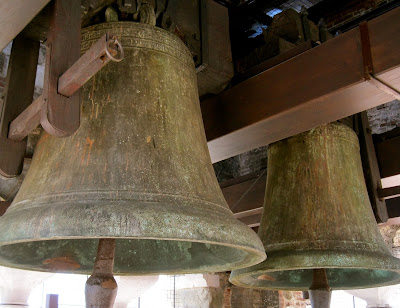 The bloodbath by now overflowing, continues to fill.

At the time of writing there are reports of 17 fatalities and 14 wounded.

Many millions of words have been spoken and written by so-called experts, lobbyists and others concerning the Great American Gun Problem.

And of course there are the platitudes.

I have nothing to add save that I think it's time for an appropriate monument, a bell tower,  to America's other front line soldiers -  their dead and wounded children - to be erected on the lawn of the White House in Washington D.C..

It should be positioned so that the incumbent in the oval office can see it and hear its sombre tones.

Mournful bells should sound  every time a school child or a student is killed in America by America's own gunfire.

And on the bell tower should be inscribed the names of all the victims.

3 killed and 9 wounded at high school in Olean, NY.


Looking for Stevens, I found my Pound.

He'll more than do, I thought.  And so it proved. 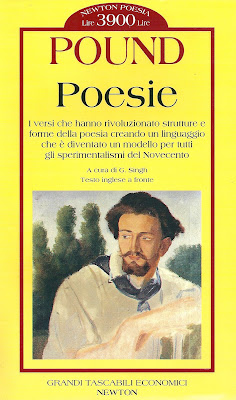 First a couple of epitaphs:


And possibly the most famous short poem by Pound:

In a Station of the Metro

The apparition of these faces in the crowd;
Petals on a wet black bough.

My favourite story from the eight stories in this Penguin is the fifth, which is a story titled 'The Ash of Battles Past' - La Cenere Delle Battaglie - written by Carlo Emilio Gadda (1893-1973). 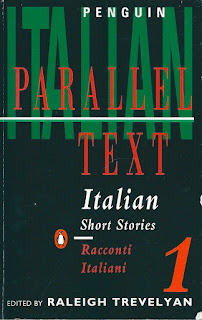 The reason for mentioning the story here is that I recently read a a comment from blogger Magyar that had to do with numbers.  And, by coincidence if you like, a short time later I read the following passage on the final page of the above mentioned story a few minutes later:


That evening Prosdocimo, against all his usual habits, spent two hundred and fifty-six lire on brandy. Then he locked himself in his pent-house: (a terrific clanging of bolts startled the other tenants). Then he patted his coral charm thirty-two times. Thirty-two is the fifth power of two, and two hundred and fifty-six is the eighth. Two is the genetic number: from the amoebae to the mammals and to homo sapiens. Five is a perfect number, and so is twelve, according to the gnosis of the Pythagoreans. Then he counted and re-counted the four one-thousand lire notes: as if they had been four hundred. Then he kissed them. He added ninety-six lire to make four thousand and ninety-six, which is the twelfth power of two, the generative number (of thousand-lire notes). Then he kissed the whole lot once more: and hid this capital sum in the Tractatus de lapide philosophico of Saint Thomas Aquinas: but changed his mind and put it instead in the Confessions of Jean-Jacques . . . 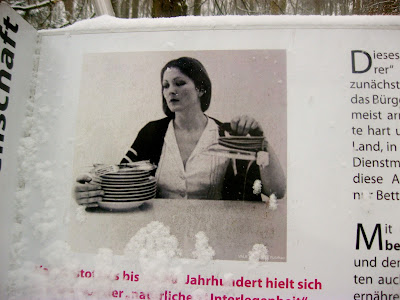 Number of women and girls in the world with female genital mutilation.

Who performed these mutilations?

Why is nothing done to stop it? 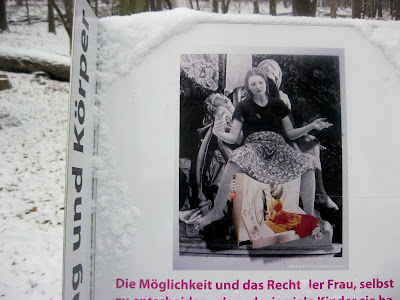 
He sits at his desk

An inked pen in his bony fingers.


An old man, with his thoughts cramped by an old language.

A language that has had its day.

A language that no longer serves its purpose.

Wrongly ordered words and a requirement for complications mean that his thoughts need a long time to form.

And when they are formed his cramped mind needs more time.

Time to unravel them.

Time to think them out.

He is a ponderous pedant.

Those who think they know him know him as a fixed and stubborn man.

See how he knits his brow.

See how he waits for the verb.


I just emailed a friend here in Kafkania. When I switched on the news I saw a professor from a neighboring  Kafkaesque republic complaining about the beaurocratic nightmare he and students have to deal with.

I am also having deal with a beaurocratic machine over here. Dealing is the wrong word. Struggling would be more correct. But I will win through at the end of it all.

An international agreement which nobody in Kafkania is aware of (since it's not the function of any particular cog in the wheel to be aware of it)  will be the savior of my sanity, or what's left of it.

If I was in the UK I could simply go along to the next surgery of my constituency's MP and the matter I am struggling with would be resolved over a cup of tea in a few minutes.

You fortunate souls who live in Britain, who do not know of the Kafkaesque beaurocratic monster,  who think Franz Kafka's books The Castle and The Trial are works of mere fiction, have no idea how lucky you are. You should get down on your knees and thank God for your form of democracy and hang on to it with nail and claw.

Now raise a glass to Monty Python and have a good day!